Order handling and shipping as usual - store closed - COVID-19 Info
For organizational reasons (including a greatly increased number of online orders, emails and returns, hygienic effort, sales space that is too small), our shop in Hochheim remains closed until further notice.

Online orders will continue to be processed as normal and usually received by 2:00 p.m. shipped the same day. Unfortunately, phone and email support is currently very limited. The current processing time for emails is approx. 2-5 working days!

We ask for your understanding that there may be delays in delivery due to the circumstances. We currently work in special shifts almost around the clock and do our best to process all inquiries, orders and returns / exchanges in turn as quickly as possible.

More from GAWDS | More Wheels - All 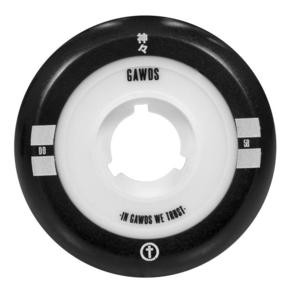 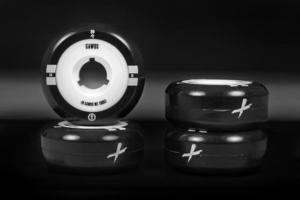 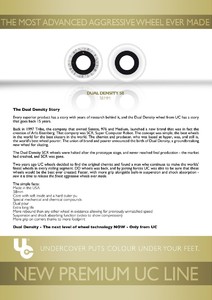 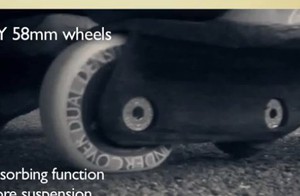 Every superior product has a story with years of research behind it, and the Dual Density wheel has a story that goes back 15 years.

Back in 1997 Tribe, the company that owned Senate, 976 and Medium, launched a new brand that was in fact the creation of Arlo Eisenberg. That company was SCR, Super Computer Robot. The concept was simple, the best wheels in the world for the best skaters in the world. The chemist and producer, who was based at hyper, was, and still is, the world's best wheel pourer. The union of brand and pourer announced the birth of Dual Density, a groundbreaking new wheel for skating.

The Dual Density SCR wheels were halted after the prototype stage, and never reached final production - the market had crashed, and SCR was gone.

A few years ago UC / GAWDS wheels decided to find the original chemist and found a man who continues to make the worlds' finest wheels in every rolling segment. DD wheels was back, and by joining forces UC / GAWDS was able to be sure that these wheels would be the best ever created: Faster, with more grip alongside built-in suspension and shock absorption - now it is time to release the finest aggressive wheels ever made.

Speaking of shock absorption: Just get up the detail-picture no. 4. Here you can clearly see how the wheel shrinks together and thus cushions the impact.

Dual Density - The next level of wheel technology