Unfortunately DHL is still reaching the capacity limits in some parcel centers in Germany and
delays in the standard delivery time must be expected.

Especially for intercontinental shipments postal service points out that there may be delays in transport.

The transport capacities to many parts of the world are currently still significantly reduced, so that the dispatch of letters and parcels can only be
maintained with special measures and sometimes only via detours.
Until further notice, shipping is currently carried out using combined air and sea freight. This can lead to longer terms than usual.

For a punctual delivery of your order, we therefore recommend choosing UPS shipping in the checkout process.

For organizational reasons (including a greatly increased number of online orders, emails and returns, hygienic effort, sales space that is too small), our shop in Hochheim
remains closed until further notice.

Online orders will continue to be processed as normal and usually received by 2:00 p.m. (CET) shipped the same day.

The current processing time for emails and returns is approx. 2-4 working days!

We hope for your understanding. Thanks for your patience!
Stay healthy! Your Grindhouse Team 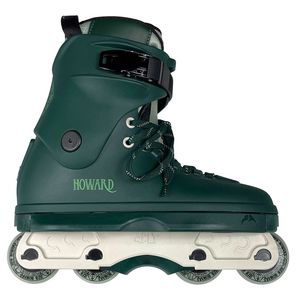 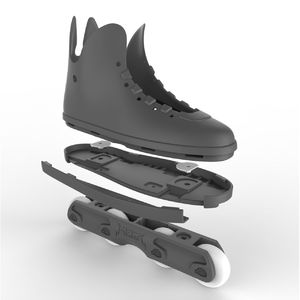 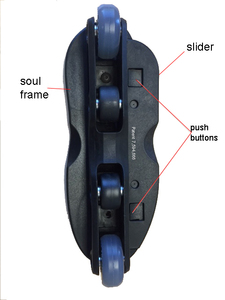 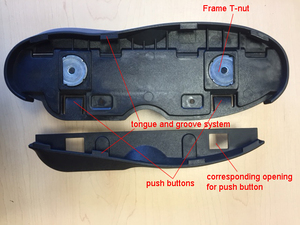 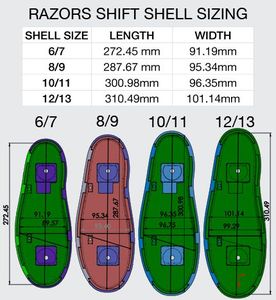 The Jeph Howard2 Pro Skate has arrived.  Featuring the Razors Shift Boot, GC FLT4 Frames, Reign V3 Liners, and Jeph's GC Glow-in-the-Dark 60mm wheel, this is a premium setup designed and ridden by a true GOAT.  To top it all off, we're pleased to announce that Jeph will be receiving a $30 royalty per pair purchased.

The Shift boot is a synthesis of the best elements from the most popular RAZORS models, all combined with new attributes. The shell has a slimmer shape reminiscent of the Cult mixed with the flat soled, bottomless boot concept of the SL. With focus on improving the rider experience, they began reworking their designs and after three years, countless hours of testing, RAZORS has developed the Shift. Make no mistake, this completely new shell is different.

If you're looking for a boot with multiple applications, the Shift incorporates the IFC – Instant Frame Change - concept.  With the sole t-nut hardware removed, you can depress the 2 buttons on the base of the soul, release the slider, and from that point – the soul, frame and wheels – from the boot. Within seconds, you can snap on a fresh setup, all without having to access any of the UFS hardware, and you'll be on your way.  With the addition of t-nuts on the inner/negative part of the sole, and new Reign liner, they've created a more stable, comfortable, and reliable skate.  Out of the box, the Shift is designed to hold up to the serious demands of modern day street skating.

Check the video how the IFC works: