Online orders will continue to be processed as normal and usually received by 2:00 p.m. shipped the same day. Unfortunately, phone and email support is currently very limited. The current processing time for emails is approx. 2-4 working days!

We ask for your understanding that there may be delays in delivery due to the circumstances. We give our best to process all inquiries, orders and returns / exchanges in turn as quickly as possible.

You can do a lot of different tricks with Aggressive Skates. They are suited for skating in skateparks, halfpipes, for grinding over walls and rails, for jumps and many more. There is (almost) no limit for creativity. To meet all requirements almost every producer of Aggressive Skates has chosen a similar skate construction. As you can see on the next picture, a skate consists of the following components: 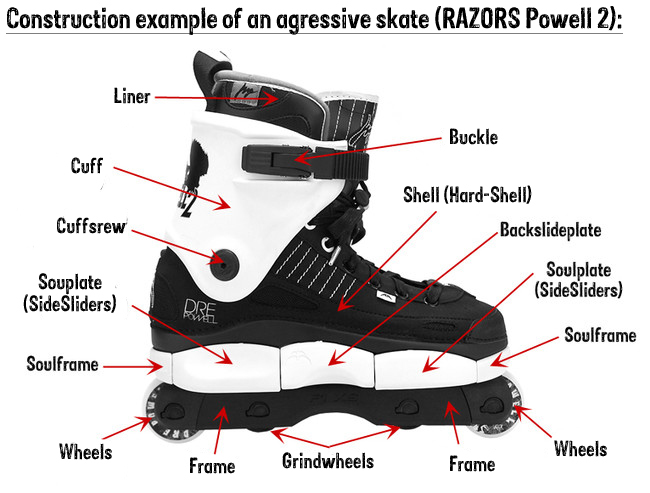 The complete upper construction without complete frame is called boot. In our OnlineShop in category „InlineSkates“ these boots are usually called „BootOnly“ as it is not a complete skate, but just a boot.

Generally there are 5 different construction kinds of Aggressive Skates: 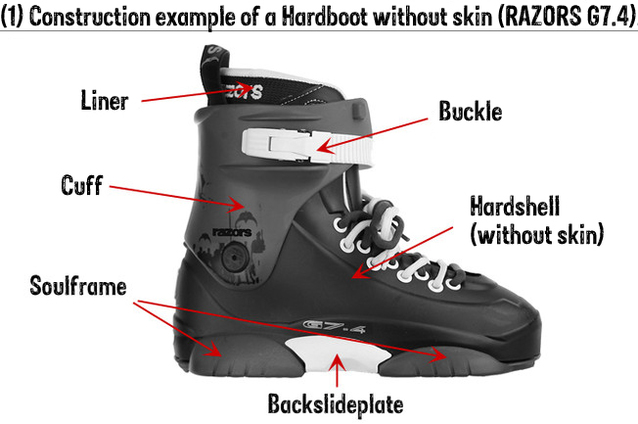 Hard Boots are robust plastic shells made of polyurethane with detachable liner. They stand out due to stability and robustness. Often they are constructed very simple, so changing of the components is easy. 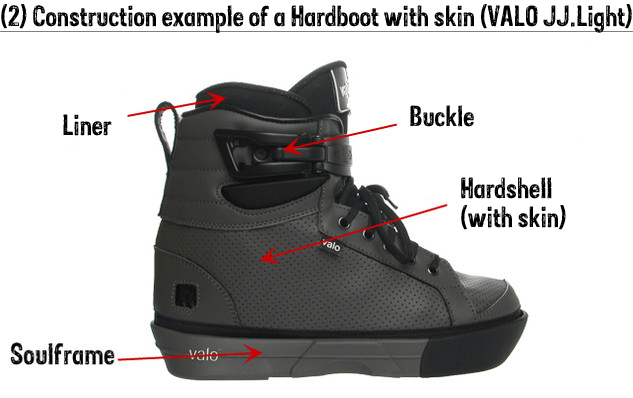 According to 1 with extra skin. The skin is just a cloth or leather overlay which grades up the optic of the hard boot. Certainly, a cloth or leather overlay is more sensitive and because of that the skate looks worn-out very quickly. This should be considered when you choose a skate. Quite recently carbon is also used for the production of high class hard boots. Carbon is very buckling resistant, this means it does not deform, the grind feeling it transmitted optimal and carbon is very lightweight. 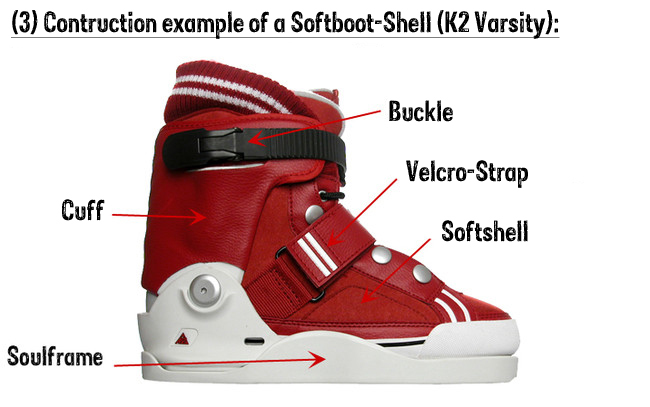 The outer skin and the internal material of Soft Soots are made of several cloth layers. Because of this, Soft Boots are softer and more elastic. Today, there are almost only Soft Boots which are similar to the construction of Hard Boots, as this pure Soft Boots are worn out faster than Hard Boots. Instead of a pure soft shell additional separate inner shoes are used. These modern shoes are partly bolstered up with plastic backup (e.g. at the cuff).

So-called Hybrid Skates differ in construction to all other skates as they are produced in combination of different materials. Generally, they consist of several layers which are a combination of cloth, plastic and leather. USD Carbons are worked of first class carbon – as you can see in the product name. The features of Hybrid Skates are definitely the minimalistic construction, the low weight and the small volume. 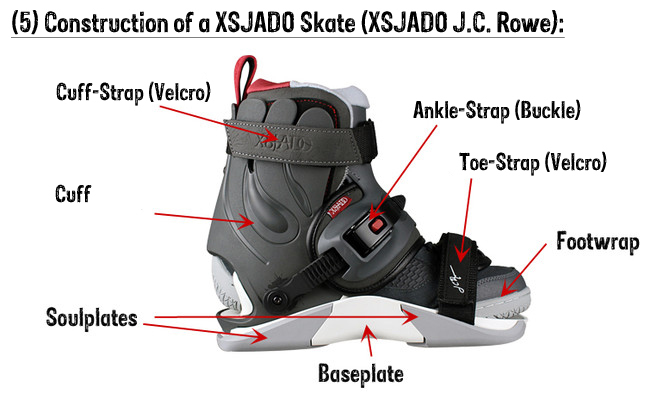 Since several years there are XSJADO skates on the market. You get into it with special shoes in a shell which is similar to a snowboard binding. Through the buckles you get stability and you have a completely new skate feeling.

Abrasion of several components during aggressive skating is absolutely normal. Wheels are used up through friction on asphalt, ball races are used up because of jumps and get dirty inside after a while. Frames, soulplates, backslideplates and so on are „down-grinded“, inner shoes will be soft by and by. After a while toe-straps are broken because of abrasion e.g. because of tumbles. As you change used up cycle tyres on your bike, a tennis player needs new balls, strings and racket tapes, a soccer player needs new shoes and the board of a skatebroader breaks, an aggressive skater needs new components - depending on use. But exactly this is the good thing about Aggressive Skates: You can buy almost every component and replace it. The components are offered for example in different colours or are build in a better way – sometimes from another producer.

The most important component for an Aggressive Skater is the frame. Due to the UFS system (Universal-Frame-System , q.v. „General information about frames“) ALL frames (!) can be fixed to ALL (!) skates since a few years (only valid for products which you find in our GRINDHOUSE OnlineShop). ). From a ROLLERBLADE skate it is possible to screw off the original ROLLERBLADE frame and then fix e.g. a KIZER frame.

Why is the frame important? The answer is quite simple – the frame rules your grind and skate feeling, your balance and flexibility and slide speed, how you log in while grinding and the possible grind angle.

The skate features of an inline skate are also influenced through the liner or height of the cuff. For example, higher liners give more stability. On the other hand, it is easier to flex with a liner which is not very high and grinds can be done easily. Under certain circumstances grinds could look more spectacular.

Skating is individual – everybody has its own preferences. One prefers skating with hard shell skates and 8 wheels of same size in skateparks, another one prefers soft boots and a frame with a bigger groove and only 4 wheels to get creativity without limits during street skating. Others swear on hybrid skates which are very lightweight and simple to control. To find out your own style und your own preferences you should try a bit. Discuss with other skaters und listen to their experiences. For example in our GRINDHOUSE forum on www.RollUnity.de (German Rollerblading Community) or at a RollTogether Session (www.rolltogether.de), which is sponsored by GRINDHOUSE.

Have fun with your skates!

If you have any further questions, please mail to contact@grindhouse.de or contact us by phone 06192-290909.